I’m not advocating that travel is a thing to be undertaken lightly during a pandemic, but hopefully this will be useful to you if you do have/want to travel.  This is my experience of flying from the UK (my home country) to Spain (where I’m going to be living for at least the next five months).

I’d been pretty apprehensive about what travel would be like, but actually it was all rather straightforward in the end.

Manchester Airport the night before our early morning flight was quite a surreal experience. Only one of the terminals is open, and that was operating at a fraction of its normal capacity. I’ve never seen an airport as deserted as this. 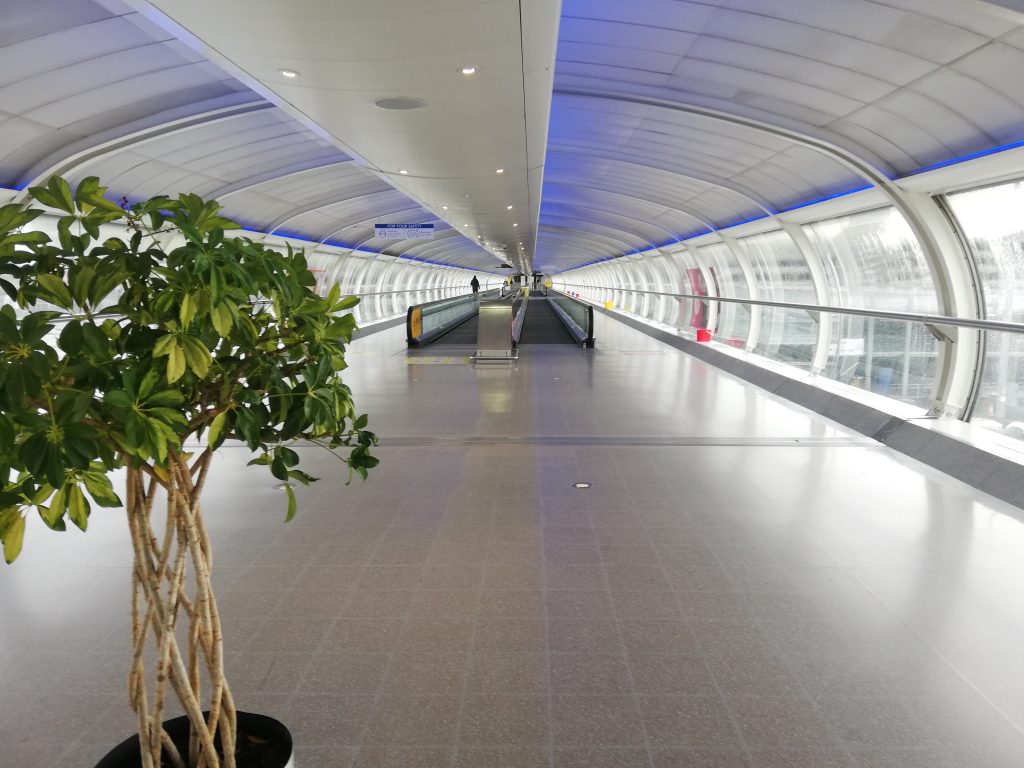 One last thing to do in preparation – to fill in the contact and health form for the Spanish authorities. This can be done from 48 hours before departure, and only took a few minutes to do, before we were sent QR codes to be scanned on arrival.  It was a lot simpler than I’d thought.

Bag drop was really quiet, which was a good job as we’re travelling with a bit more than usual – I like to travel with just one cabin bag, but need more than that for five months! We flew through security and were soon in the lounge areas, which much quieter than usual, with whole rows of empty seats.

Our flight itself was about a third full, and we had whole rows of empty seats opposite and in front of us.  Everyone had to wear face masks, and it was made clear that unless we were eating or drinking they had to stay on – movement around the plane was also discouraged.

I’d taken some cleaning wipes in my hand luggage, and as a precautionary measure we wiped down the hard surfaces we were likely to touch – seat buckle, arm rests and tray. 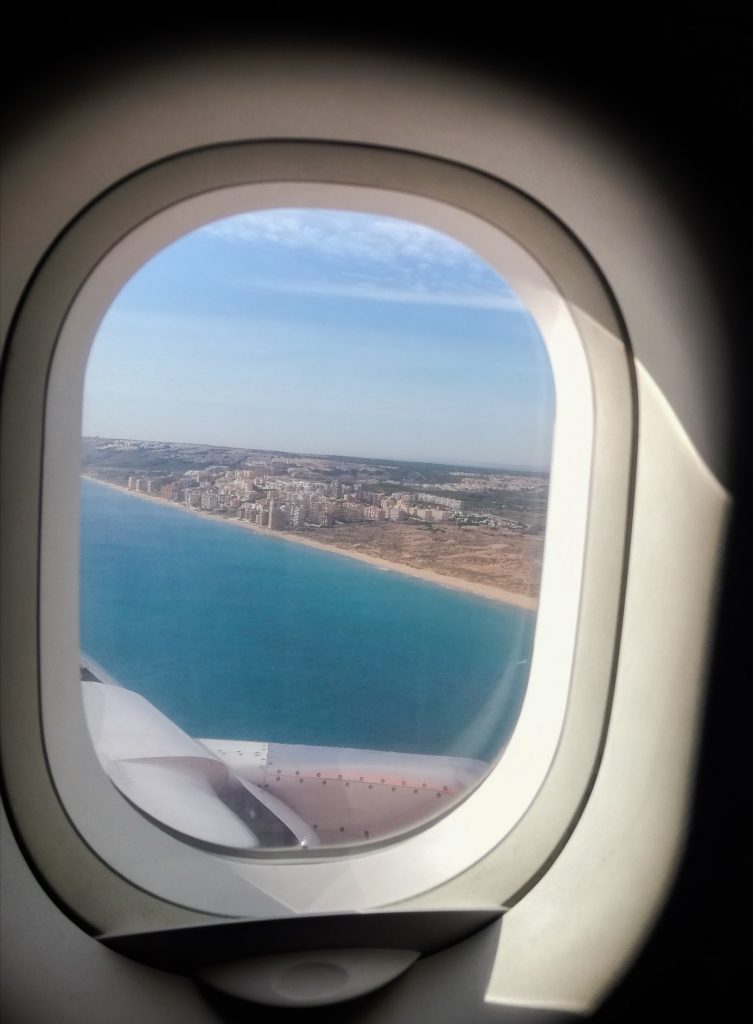 Landing in Alicante, going through the security passport scanners was much faster than usual due to the low number of travellers. On the way to baggage reclaim our QR codes were scanned, and we passed a thermal camera, manned by a member of airport security and a doctor.  All very efficient and unobtrusive.

Baggage reclaim was exceptionally quiet as well, and it took no time at all before we were on our way.  Here’s to the next few months! 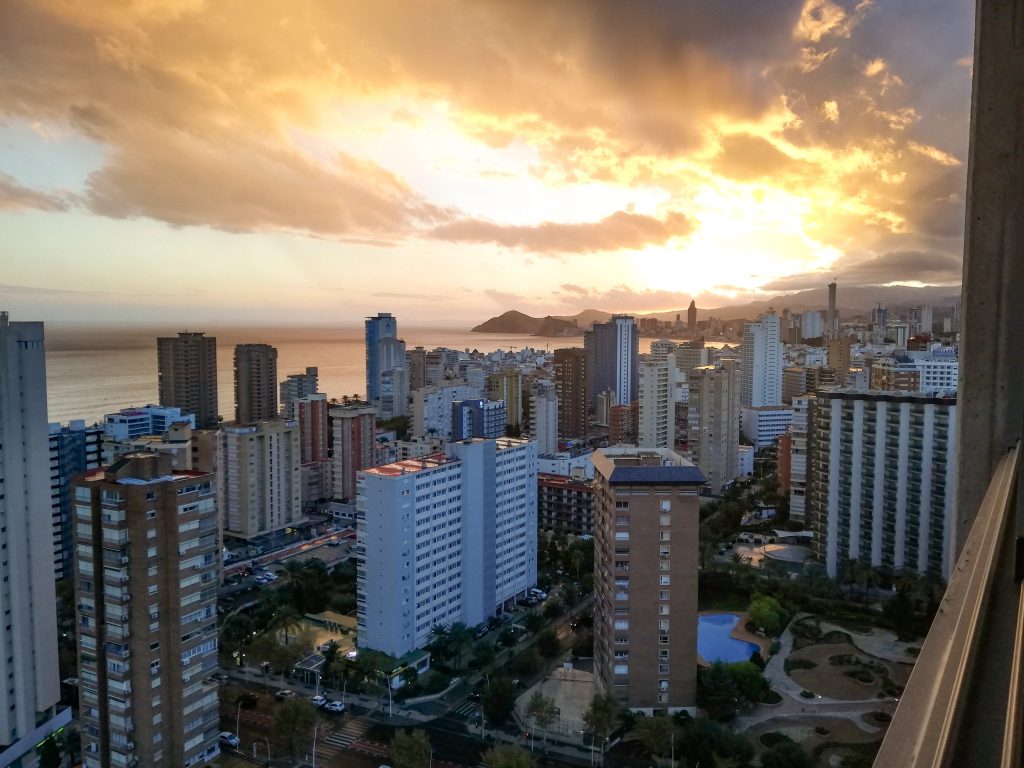 Frances Teague
« Previous Post A side trip from Berlin : Potsdam Next Post » Travel in the age of Covid-19