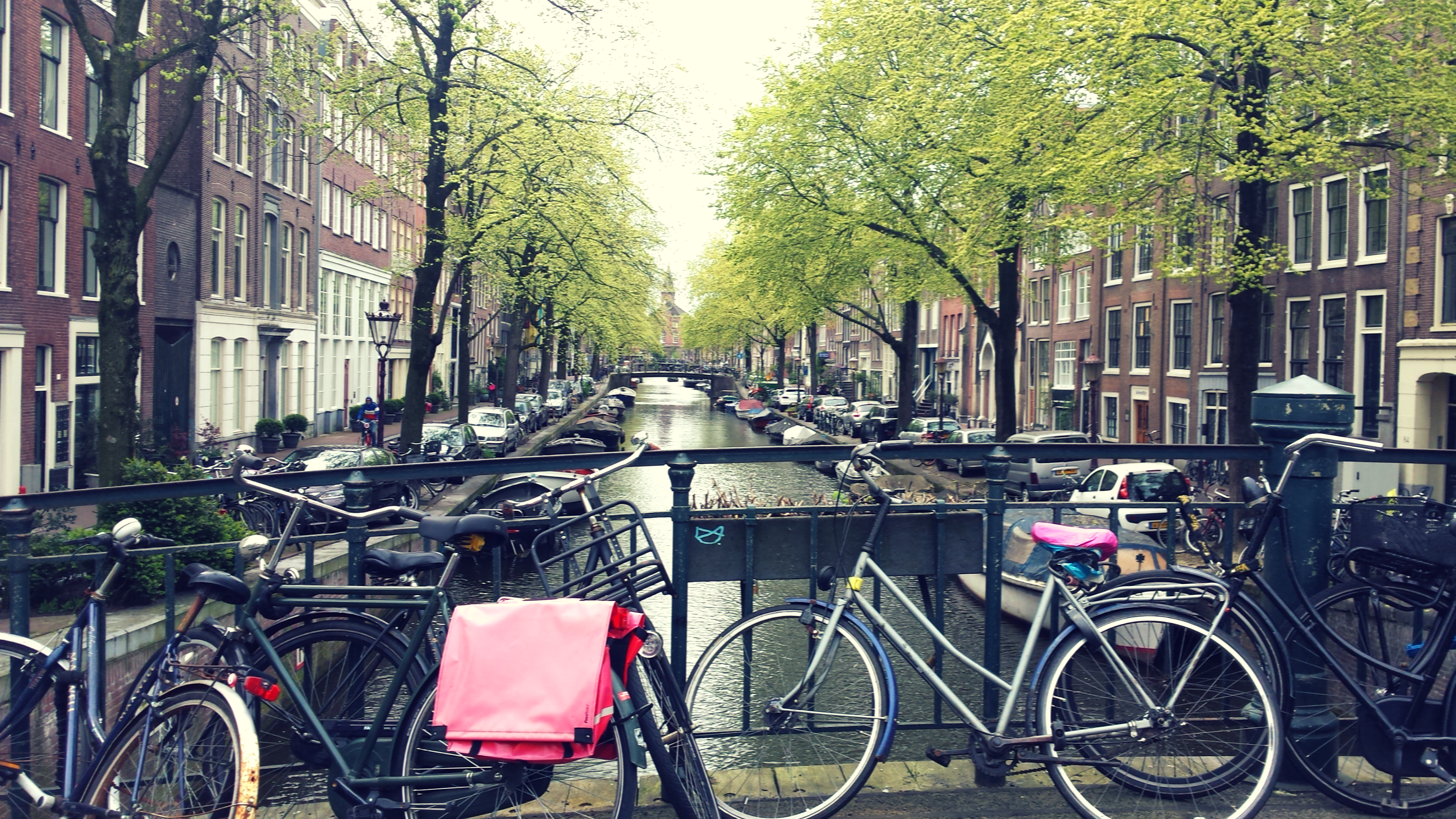 I’m a huge fan of taking short breaks, and a quick trip on the ferry to Amsterdam seemed an ideal way to see somewhere new in a relaxed way.

My journey started from Newcastle-upon-Tyne railway station. I’d opted to travel to the ferry port by transfer bus, which seemed less stressful than having to find my way through an unfamiliar city.

The pick-up point was just across the road from the station, and the directions I was given were excellent. The bus stop was clearly marked, and the bus itself was difficult to miss. 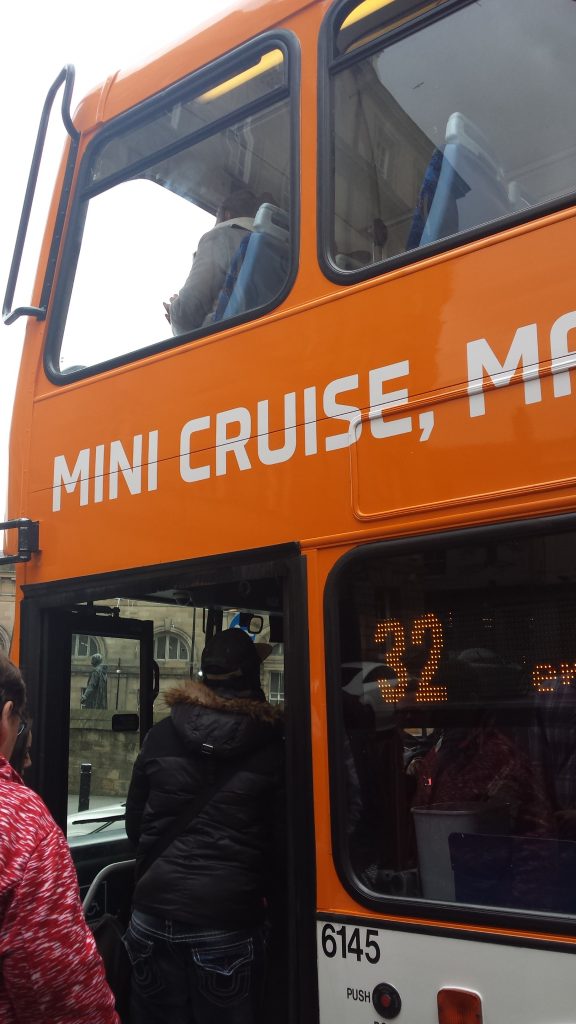 It wasn’t overcrowded and there was plenty of room for luggage, so I’d recommend this as a way of reaching the port.

The terminal was easy to navigate, and we collected our cabin keycards.  After passport control, we were straight onto the ferry, which was ready and waiting for us.

It took a while for everyone to board, which gave us time to find our way around onboard before it set off.

This is a ferry, not a cruise ship, but there was still an onboard cinema, nightclub and several places to eat.  We sat by the windows watching the harbour pass by as we left port – some hardy souls braved the weather to go to the bar on the top deck. 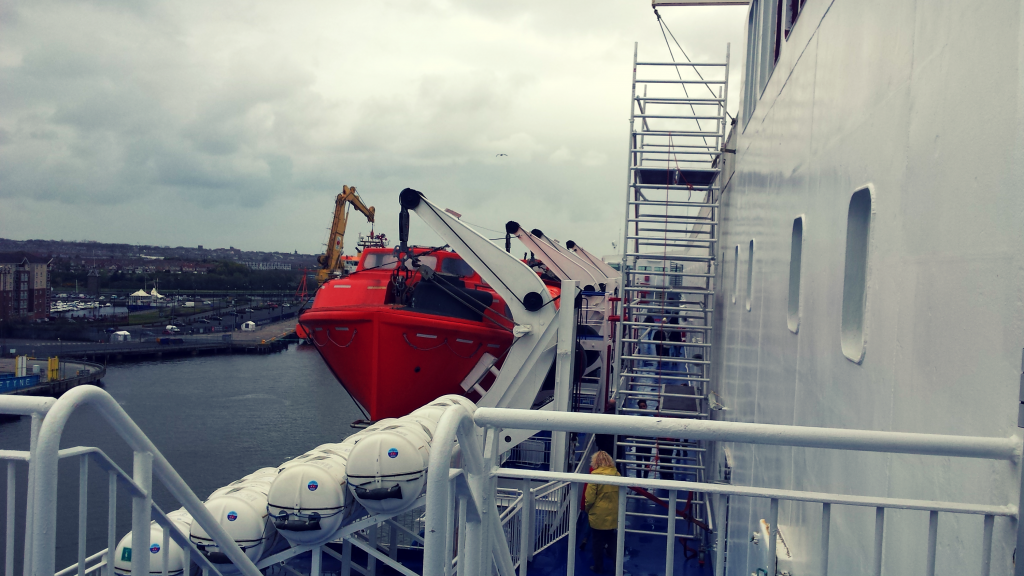 There wasn’t a lot of room to sit outside, but as we set off in the early evening and it was pretty chilly, this didn’t matter.

There were a variety of places to choose from to have dinner – a cafe, a buffet and a couple of restaurants. We went for the Italian restaurant, which was very good.

There are also a variety of cabins to choose from, and as this was a spur-of-the-moment break, we’d chosen the most basic, which was a small cabin with bunks in the lower part of the ship. 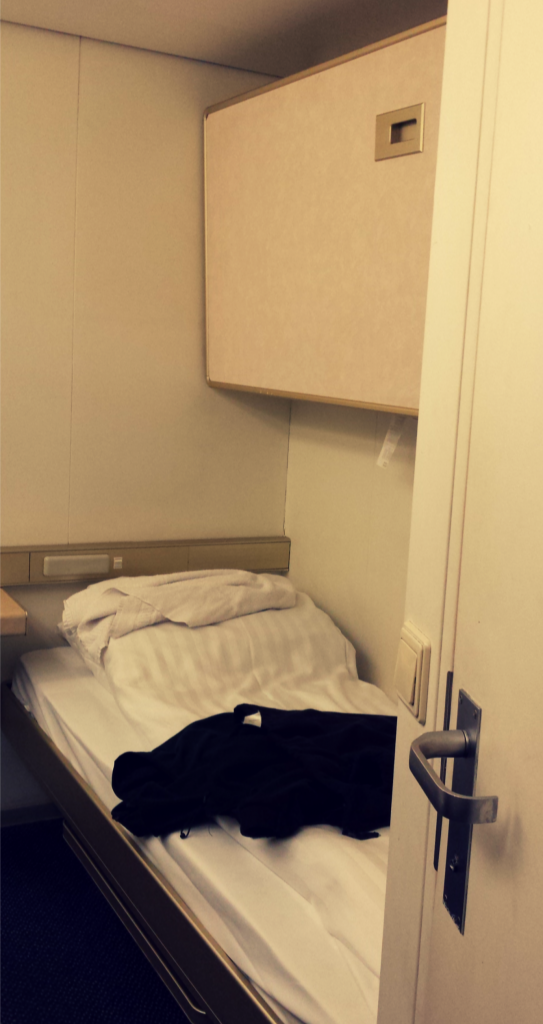 There wasn’t a lot of space, but it did have an ensuite with a shower, and as the cabin was just for sleeping in it wasn’t a problem.

The cabins are secure as they can only be opened with your keycard, and there wasn’t a lot of external noise.

We had a pretty stable sailing both ways – obviously you can tell that you’re on a ship, but we were lucky to have a calm crossing.

Arriving in Amsterdam in the morning, we went through customs and then were led out to buses which took us into the centre of Amsterdam.

We were dropped off centrally, and picked up later that day from the same place.

By the time we reached Amsterdam centre, we had about 4 hours before we had to catch the bus back for the return journey.

If you want to go to Amsterdam and are interested in going to Anne Frank House, I’d recommend getting tickets online as soon as you can – I’d left it too late, and didn’t want to spend my precious on-shore time queuing to get in.

We did have time for a canal boat ride (with commentary in Dutch and English), a bit of lunch and a walk round the Jordaan district, which is lovely and not packed with tourists. 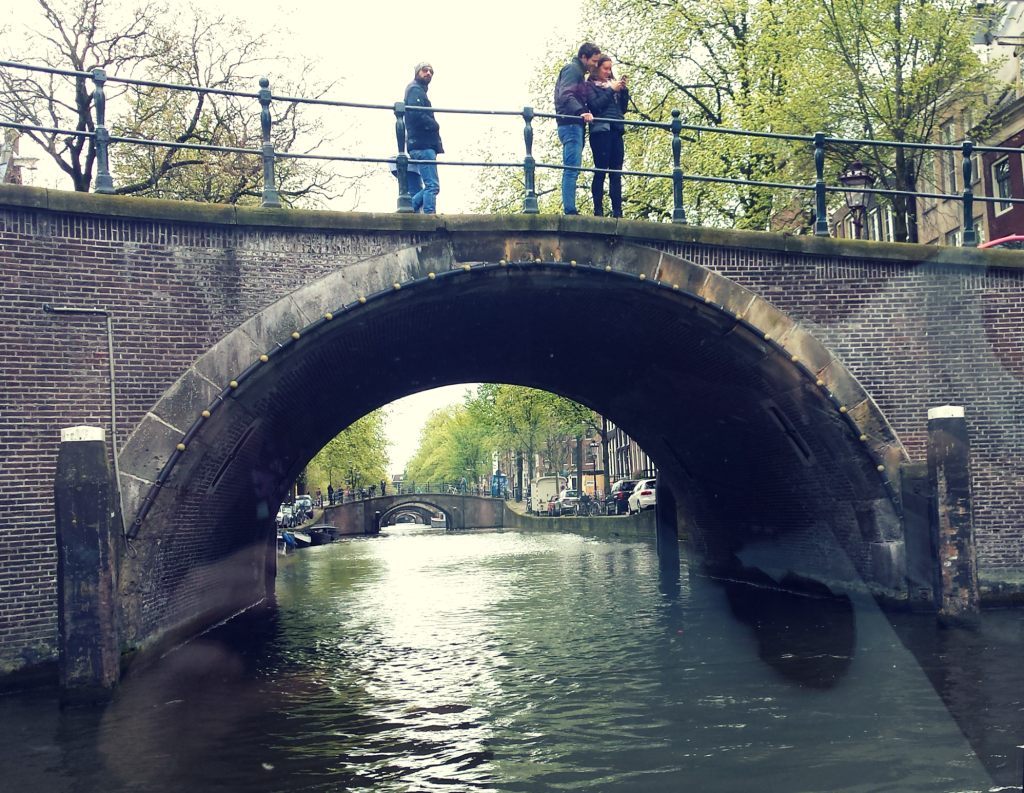 I would have liked to have had more time in Amsterdam – I would take the ferry again, but next time I’d like to spend a night in the city before having to think about the return journey.