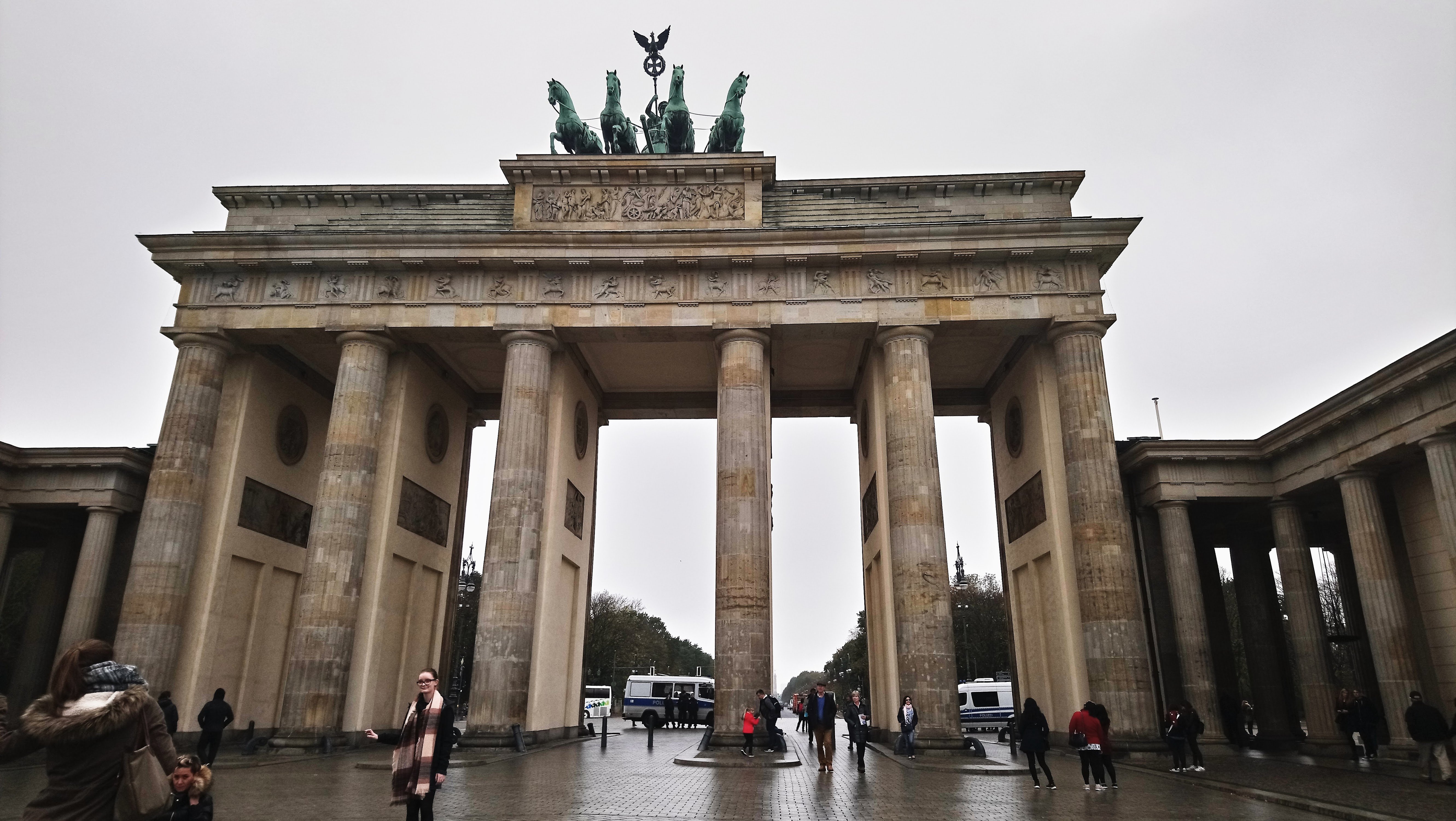 Long seen as a symbol of Berlin, the Brandenburg Gate is at the top of Unter den Linden, an attractive street in central West Germany.

I passed by here several times on my trip, there were always people around.

Memorial to the Murdered Jews of Europe 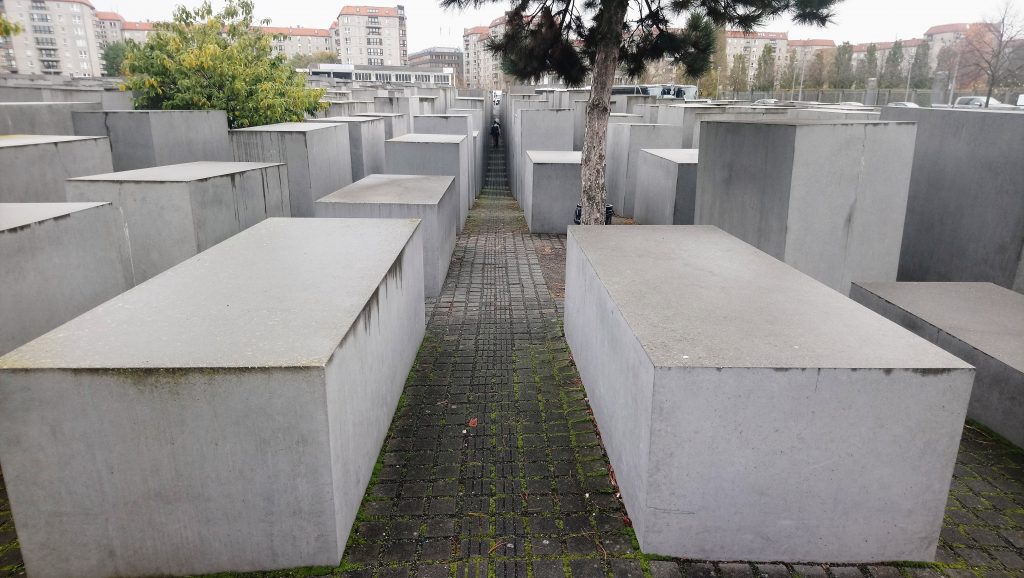 Also known as the Holocaust Memorial, this is just one block south of the Brandenburg Gate.

Completed in 2005, it occupies a huge area of land, and is highly sobering to walk through.  It’s quite disorientating, because not only are the blocks different heights, the ground rises and falls as you walk through. 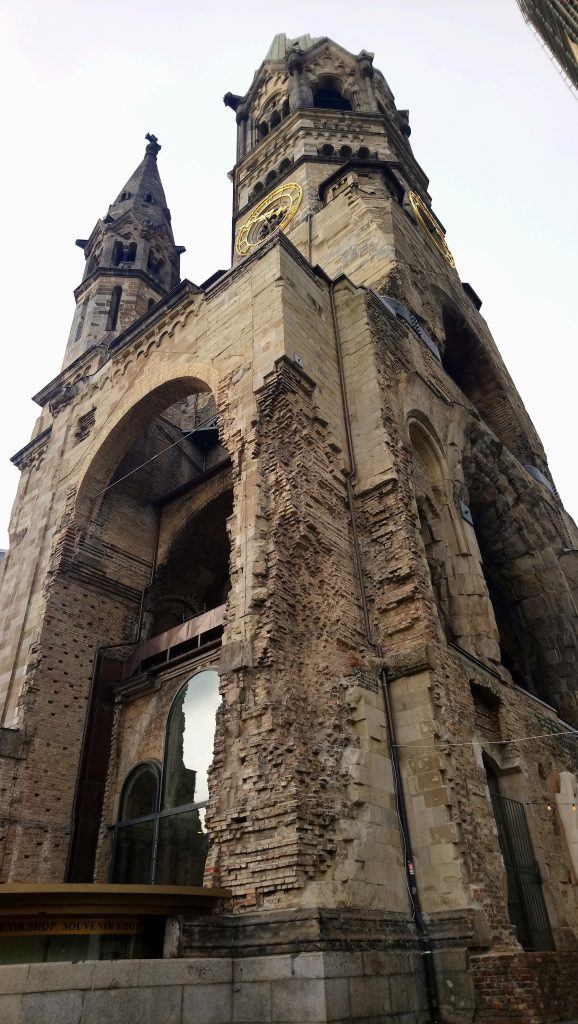 Also in West Berlin, near the main shopping area of Ku’damm, is this reminder of the devastation caused by the air-raids of 1945.

Preserved as a memorial to peace and reconciliation, it’s also known as the ‘hollow tooth’ because it was left as an empty husk, which now holds photographic displays of the area before and after the war.

A beautiful square and the site of three impressive buildings – and from Advent until Christmas the site of a Christmas Market and ice rink. 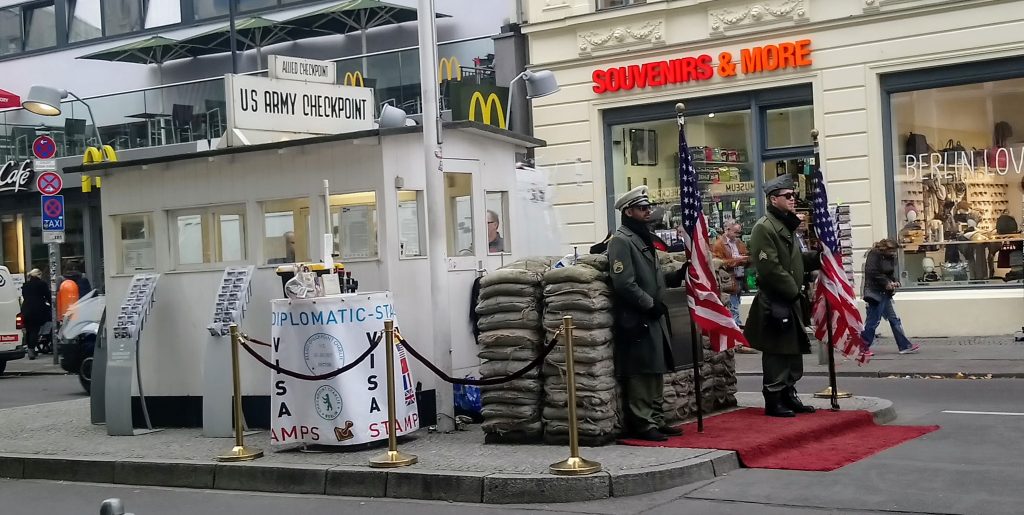 Now in the middle of a busy street, this was the main border crossing between East and West Berlin during the Cold War. 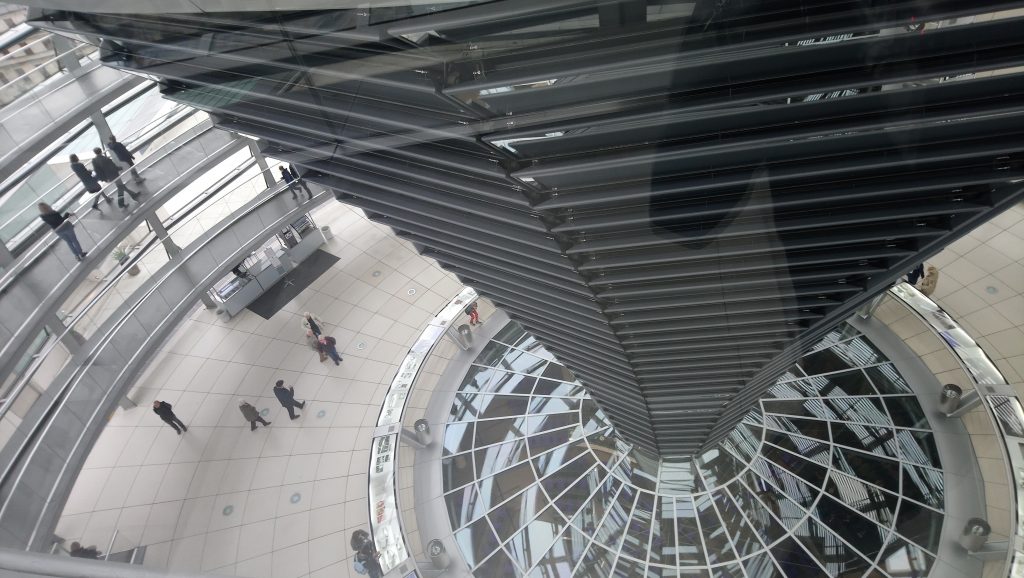 If you want to be sure of visiting the roof terrace and dome of the Reichstag Building, then it’s best to book in advance online. You can choose a day and time which will be confirmed by email, which you will have to show when you visit, as well as photographic ID.

When you’re there, be sure to pick up a headset which will guide you along the path winding its way up the dome. 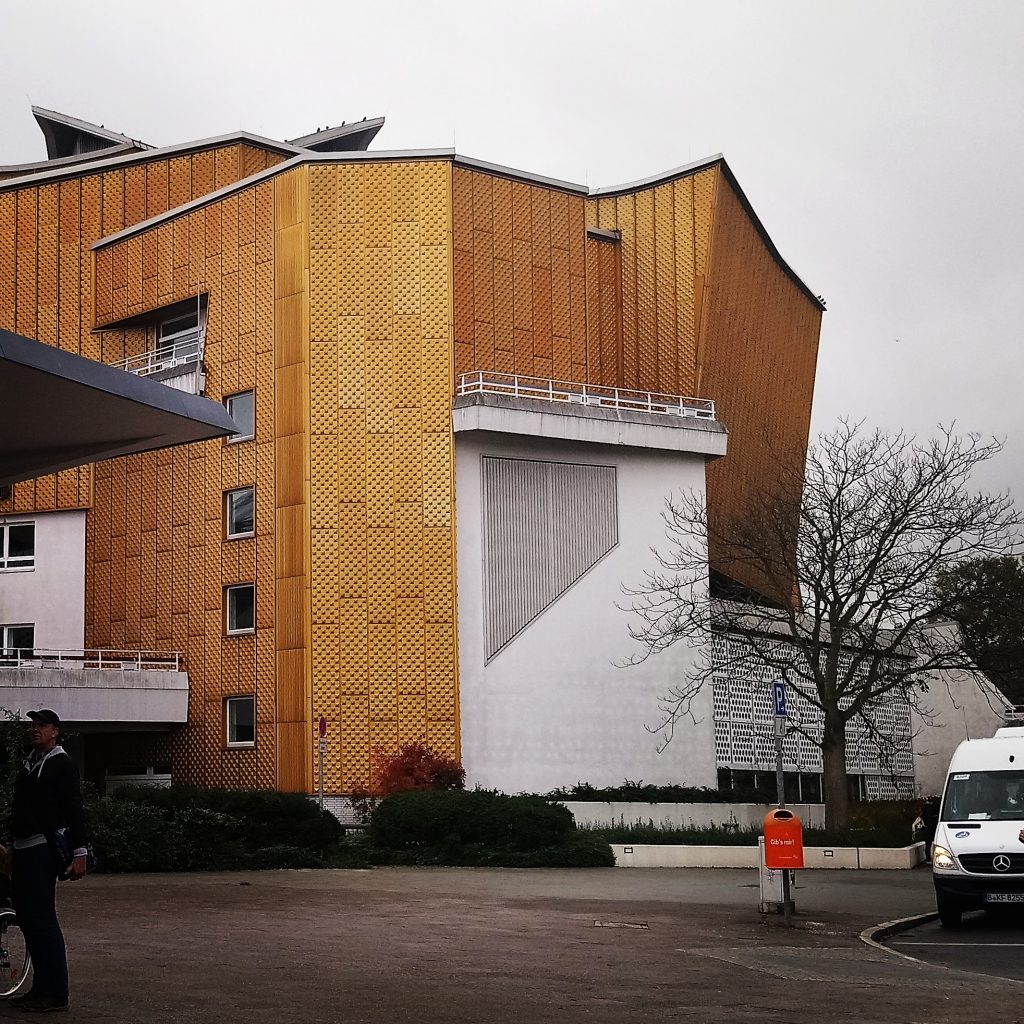 If classical music interests you, then from September until June you can hear the Berlin Philharmonic free every Tuesday lunchtime.

Do get there early, as there are restrictions on the number of people admitted, and expect it to be busy – I ended up sitting on the stairs, along with many others.

You can also buy lunch there to eat while you listen. 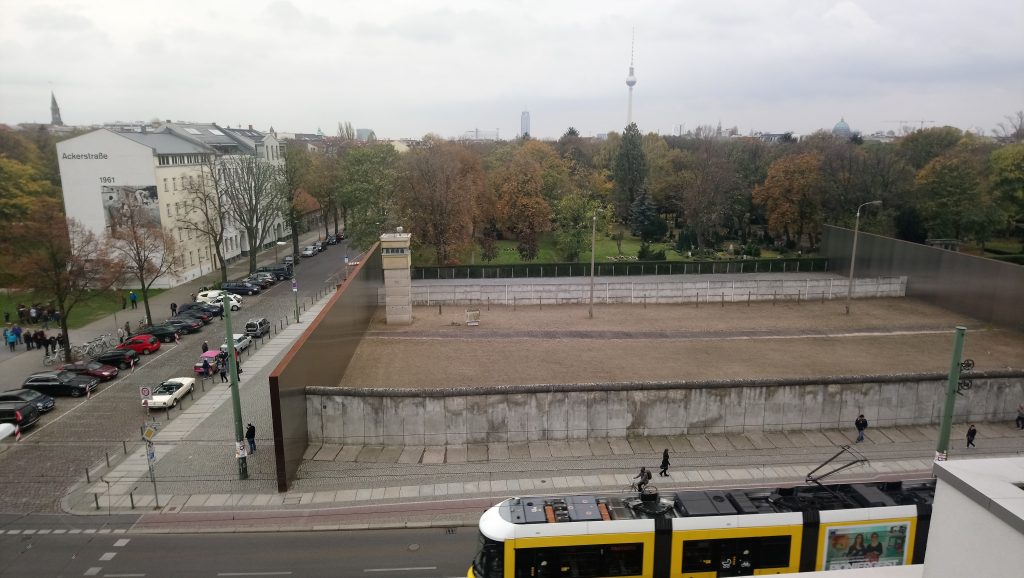 If you’re interested in Cold War history, then this is worth going to see.

There are stretches of the wall showing how it was constructed and developed over time, and a terrific free museum with exhibits showing not only how it affected everyday life, but also the ingenious methods attempted to overcome this division.

Alexanderplatz, with its iconic tower, is a large public square and transport hub, often known simply as Alex.

When I visited Berlin I stayed quite near here, and it was busy at all times of day.

You can pay to go up the Fernsehturm and see the view from the top, but of course that means you see the view without the tower itself!  If you want a cheaper alternative (4 Euros – 2018 price) then the Park Inn hotel on the square has a viewing platform which gives you the view with the Fernshturm. 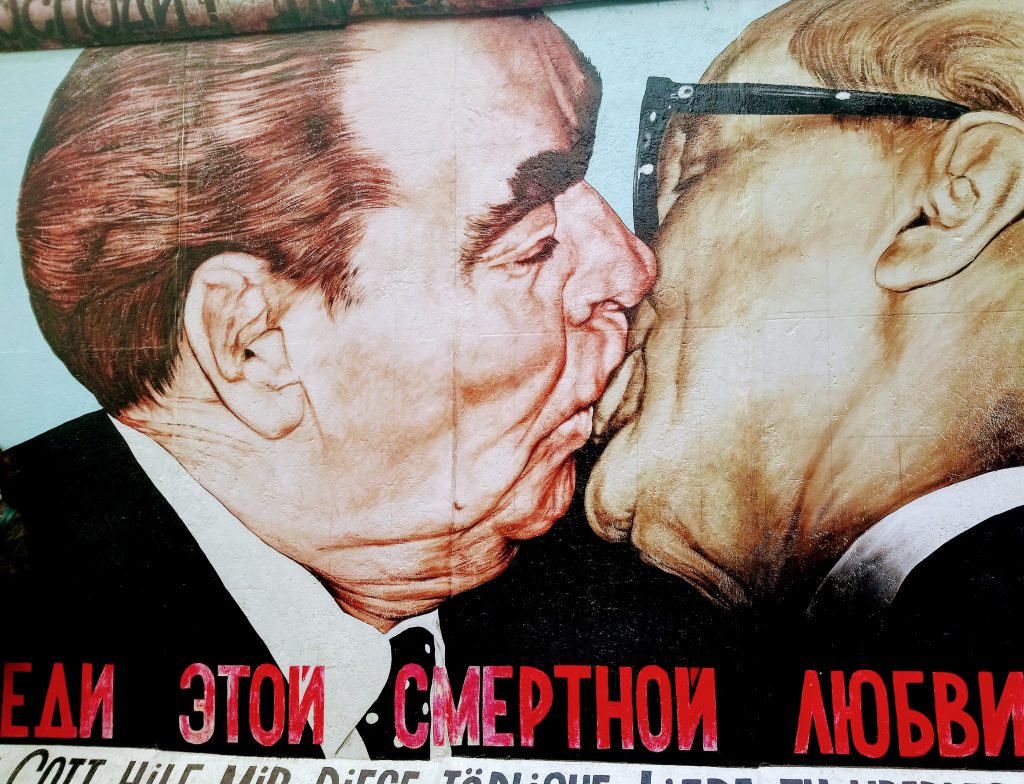 This massive open-air (and completely free) art gallery features 105 paintings, painted directly on the east side of a preserved section of the Berlin Wall.

It takes quite a while to walk from one side to the other, but is definitely worth going out of your way to see. 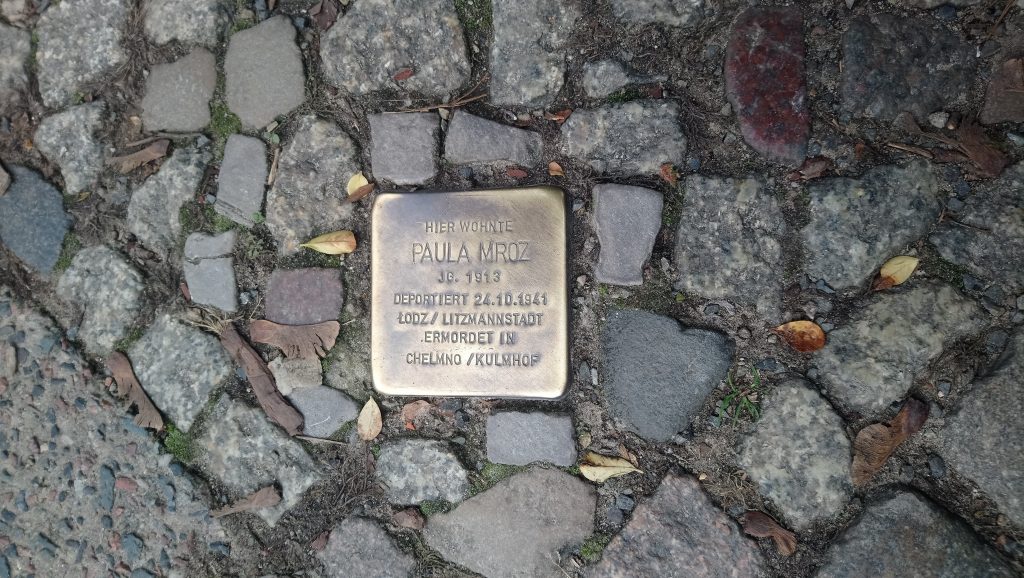 As you’re walking around you may notice one of these ‘stumbling stones’.

These small concrete cubes are inscribed with the name and life dates of victims of Nazi persecution or extermination – the one in this photo was placed outside the house of the person it commemorates.

I highly recommend using public transport – it’s an integrated system, so tickets can be used on trains, the subway, trams and buses – and they all have verbal and visual information on what the next stop is. Day (and longer) passes are really useful.  I used public transport extensively at all times of day, and found it to be safe and easy.

Especially useful are the number 100 & 200 buses, which follow the same routes as the hop-on hop-off buses, at a fraction of the cost.