Originally a fishing hamlet (with a reputation for smuggling), it was much extended during the Victorian era, and has the feel of somewhere that was purposefully planned, rather than haphazardly developed.

We stayed at the Spa Hotel, as it seemed like a good mid-point between the town and the sea, and it was really nice.  They host a lot of weddings there, but the bedrooms are nicely tucked away so it’s quiet at night.  They also have an outdoor seating area with great views, as seen below. 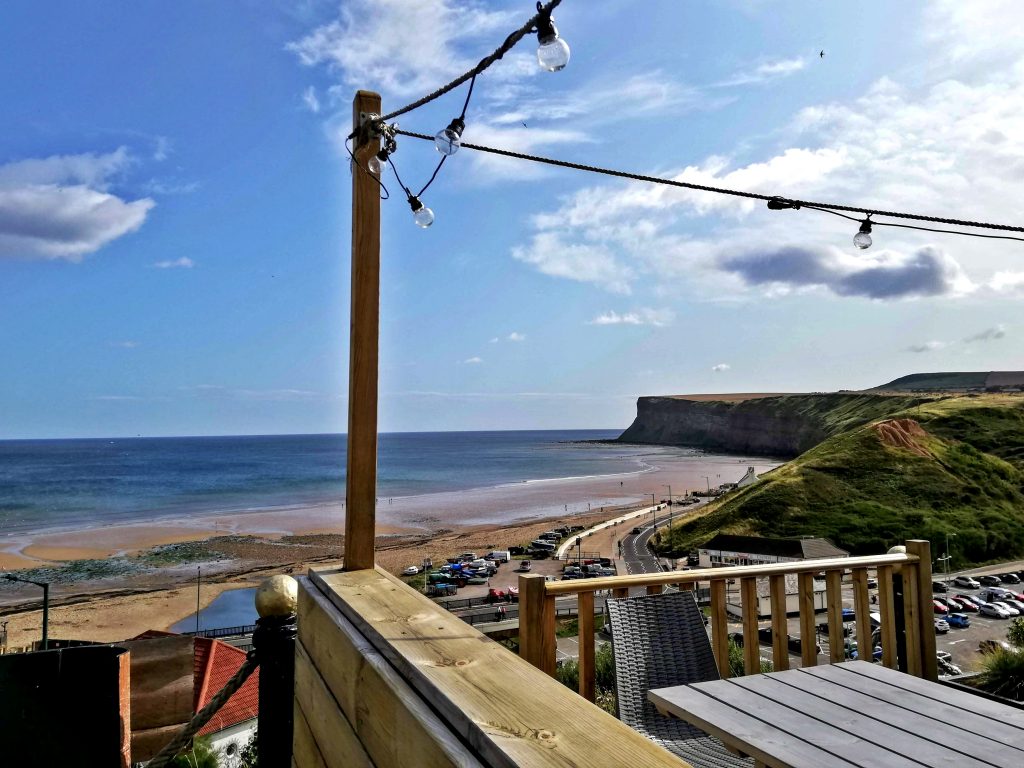 It’s not only the town buildings which have been planned, there’s a large park with an Italian Garden, a little railway, and a children’s play area – though when we were there several kids preferred to play in the stream that runs through the gardens.

If you’re feeling more energetic, then there are clifftop walks with a sculpture trail to follow. 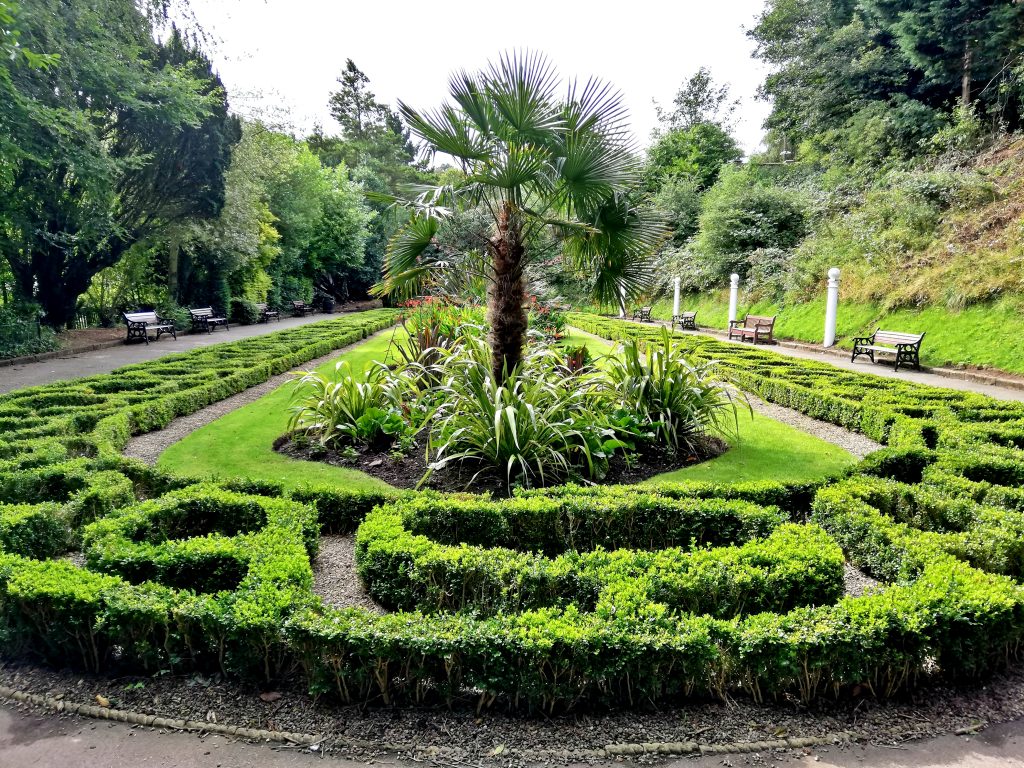 The big attraction for me, though was the pier, which stretches out into the North Sea.  I know they’re old fashioned, but I do like them!

There is the usual collection of family-friendly video games at the entrance, and then you walk through to the pier itself.

If the sea is out, there’s a decent amount of sand to walk along, or there’s a path along the front, with a brightly painted row of modern beach huts for hire. 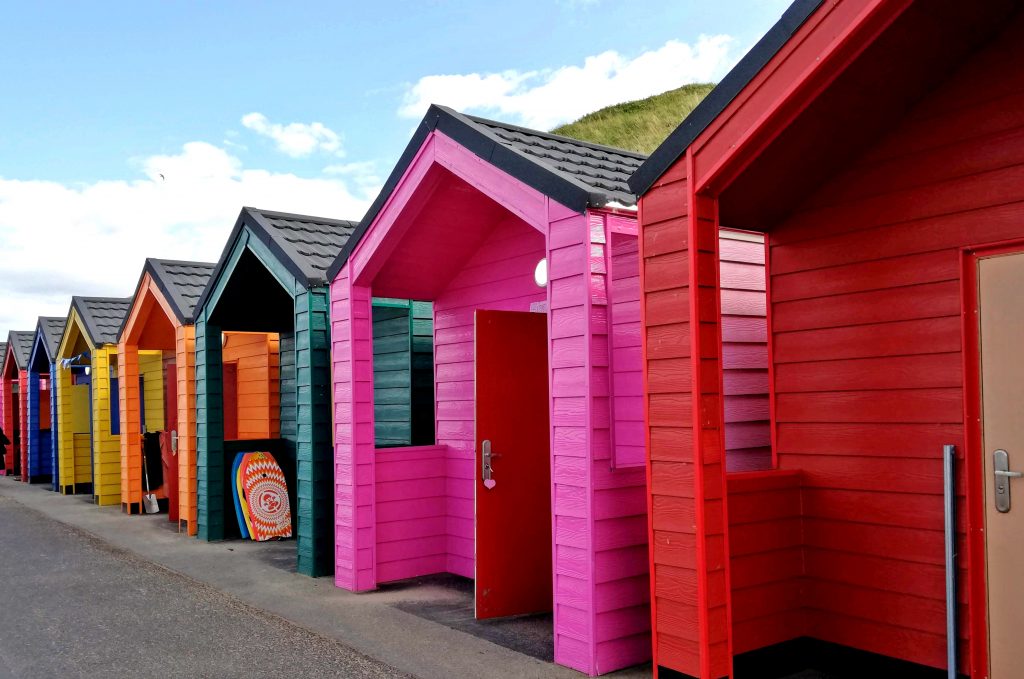 What really drew me to Saltburn, though, was the cliff tramway, a water powered little funicular running from the beach area to the main town.

There are other ways up of course, by road or steps, but none as unique or as much fun! 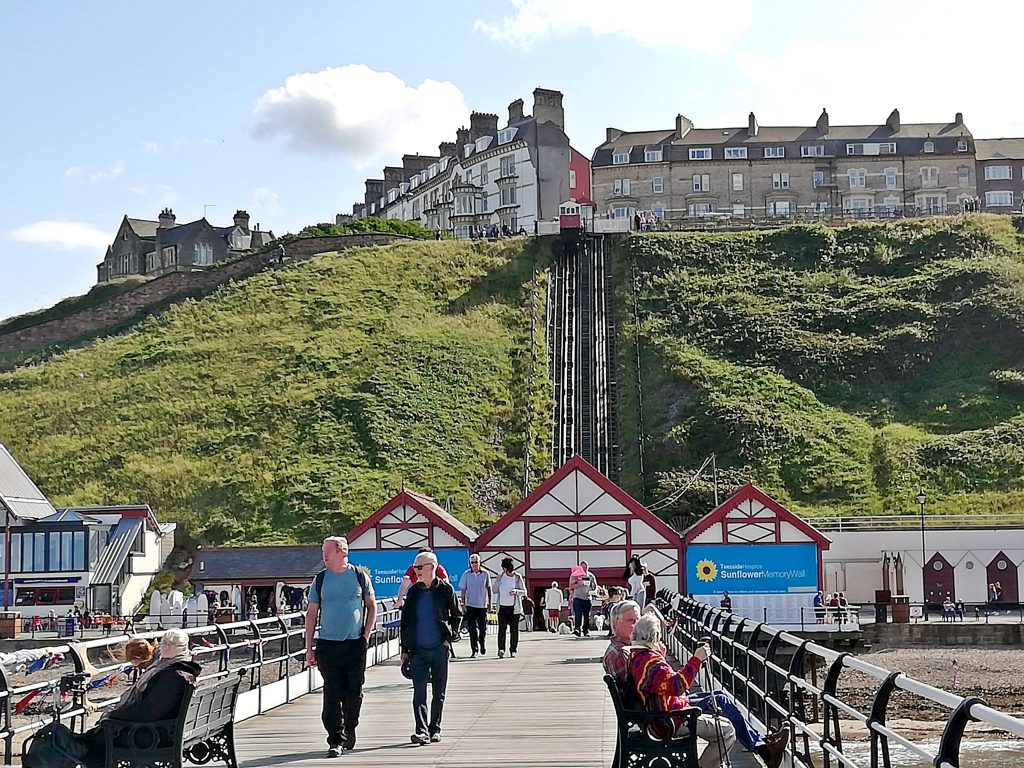 Sitting in a very cute little cabin, the journey takes less than a minute, and the ride is really smooth. 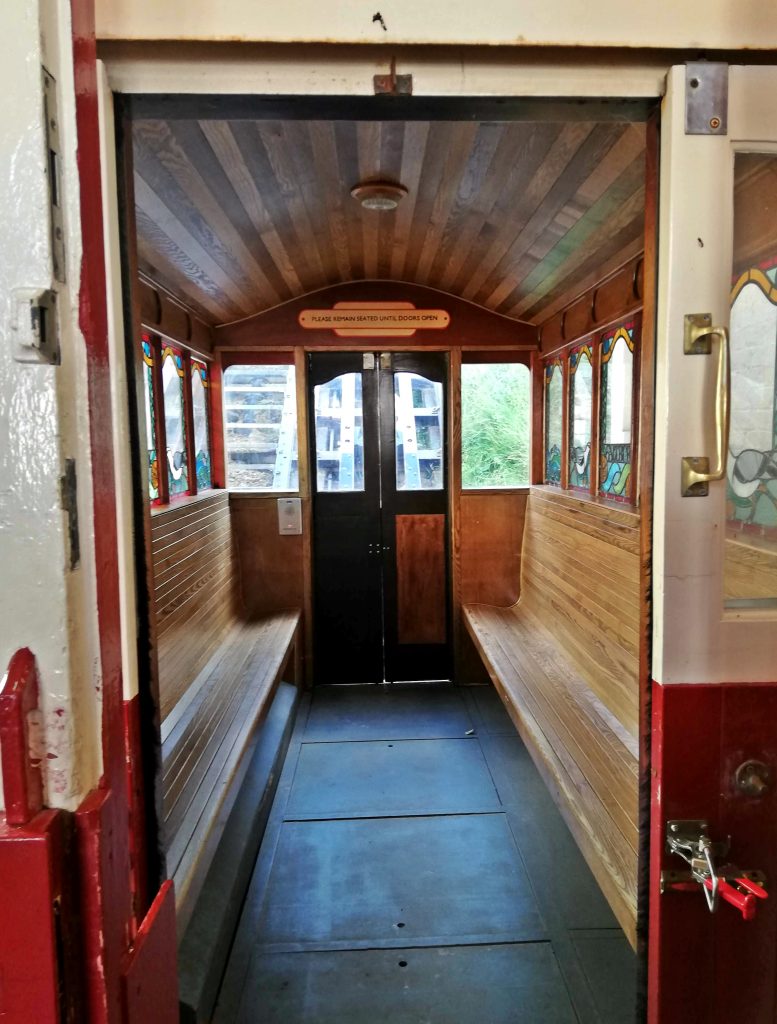 I absolutely loved the cliff tramway – a great experience on a really enjoyable seaside trip!  To see the tramway in action, have a look at the video on my instagram account, brave_traveller_photos

There is a decent sized (paid) car park between the beach and the park, which seemed to fill up pretty quickly – there’s also quite a lot of free on-street parking before the big hill down to the beach.

Do try the cliff tramway – as well as being fun, it’s by far the quickest and easiest way to move between the beach area and the town centre.

Frances Teague
« Previous Post How to visit Venice, Italy, without breaking the bank Next Post » Apps to enhance a stay in Venice, Italy