Berlin is a wonderful city, but if the hustle and bustle gets too much, than there is a much quieter and very pretty place just a short train ride away – perfect for a short visit.

Potsdam is actually the capital city of Brandenburg, but you’ll see from the photos below how peaceful it is – these were all taken on a cold but fine day in November.

Coming out of the station we followed the flow of people over a couple of bridges to the historic centre.  One of the first sights we saw was a church dome – when we headed towards it we found ourselves in a very open and quiet square.

Straight in front is St Nicholas’ Church, which is open to the public, and to one side is the old town hall, which now houses a museum. 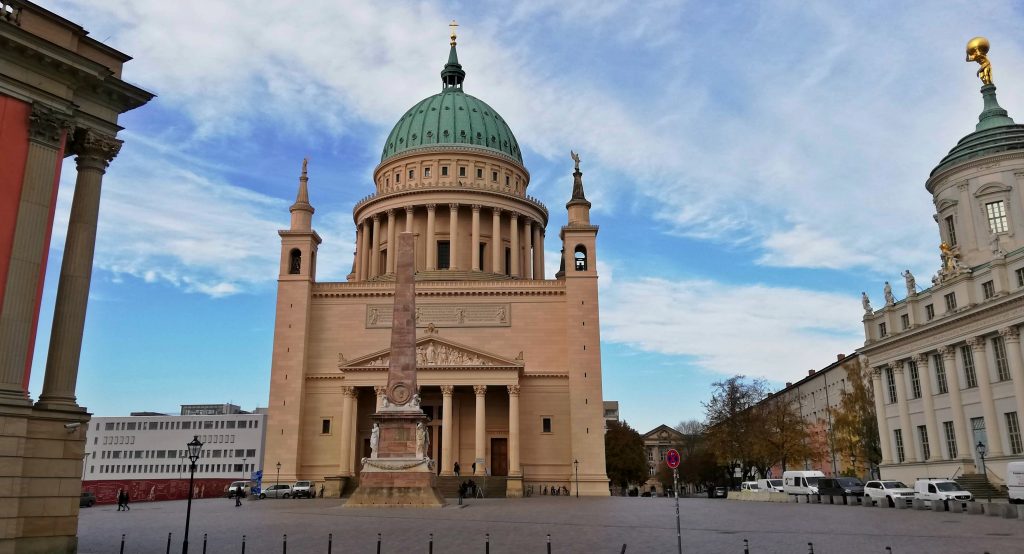 The main thing that struck me about Potsdam is that it was very clean and tidy, and the buildings looked well cared for.

This is especially true in the Dutch Quarter, which is a lovely area full of cafes and interesting small shops.  These houses were built in the 18th century to attract Dutch craftsmen to expand the city garrison. 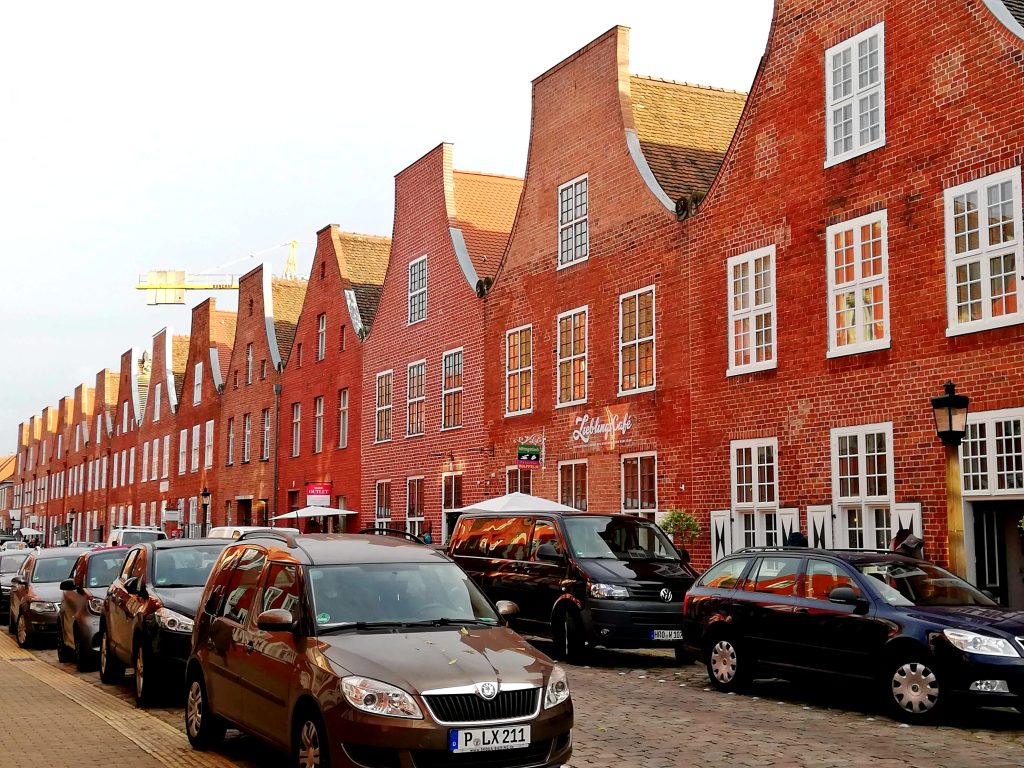 Just next to this area is the Nauener Tor, city gates which were built in the 18th century and look pristine.  This is quite a busy area – you can see tram tracks running between the towers. 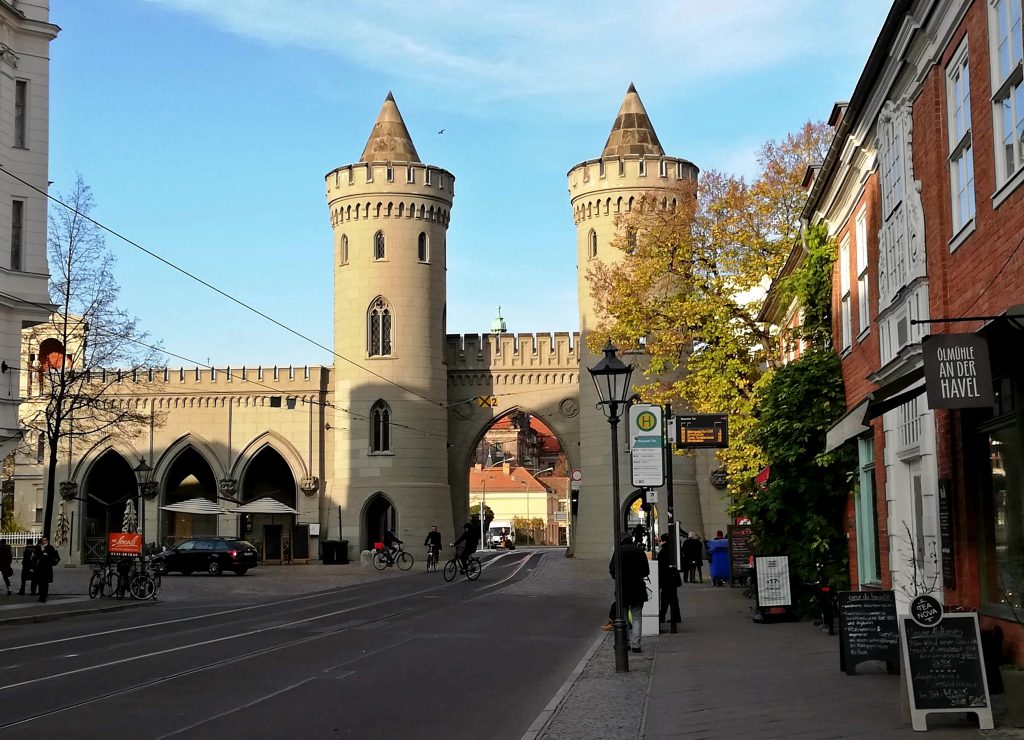 Potsdam even has its own Brandenburg Gate – which was actually built 20 years before the one in Berlin! 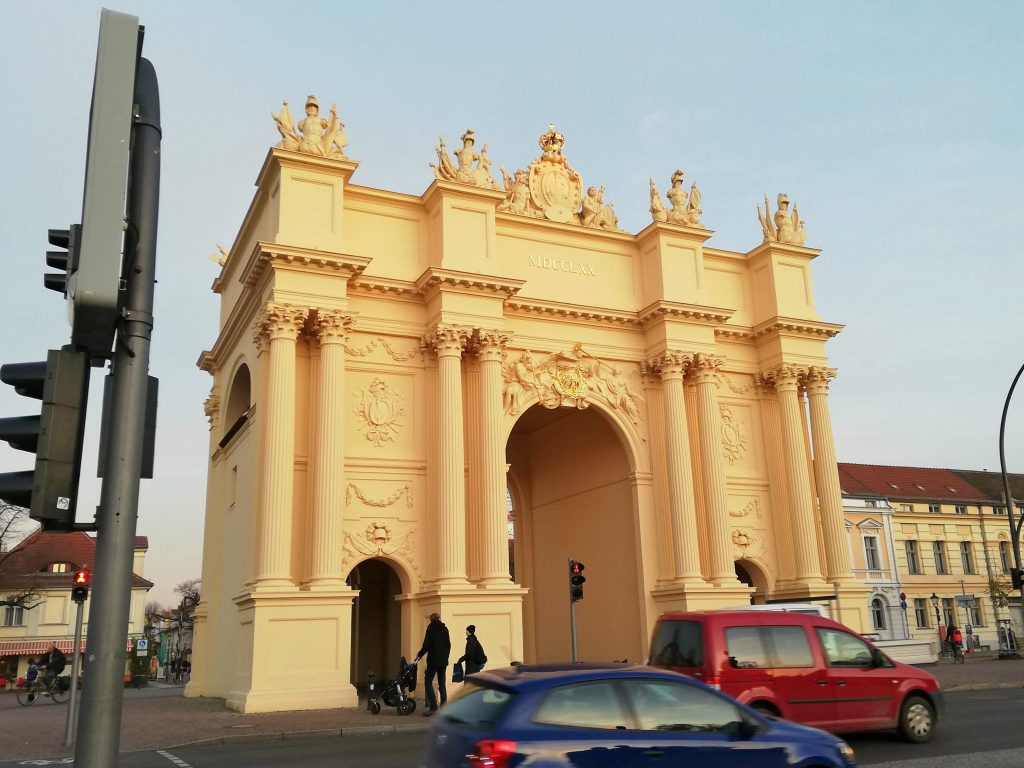 Potsdam is most famous for Sansoucci Palace, which was built by Frederick the Great as a summer residence.

As well as the original palace, there are quite a few other places in the grounds that you can visit.  If you’re going in the summer, when it’s busy, and want to see the inside of the buildings then I’d recommend booking online – and giving yourself plenty of time to look round!

The surrounding parkland is free to wander round, and looked stunning when I was there in early winter.  It’s signposted Park Sansoucci, and is open during daylight hours. 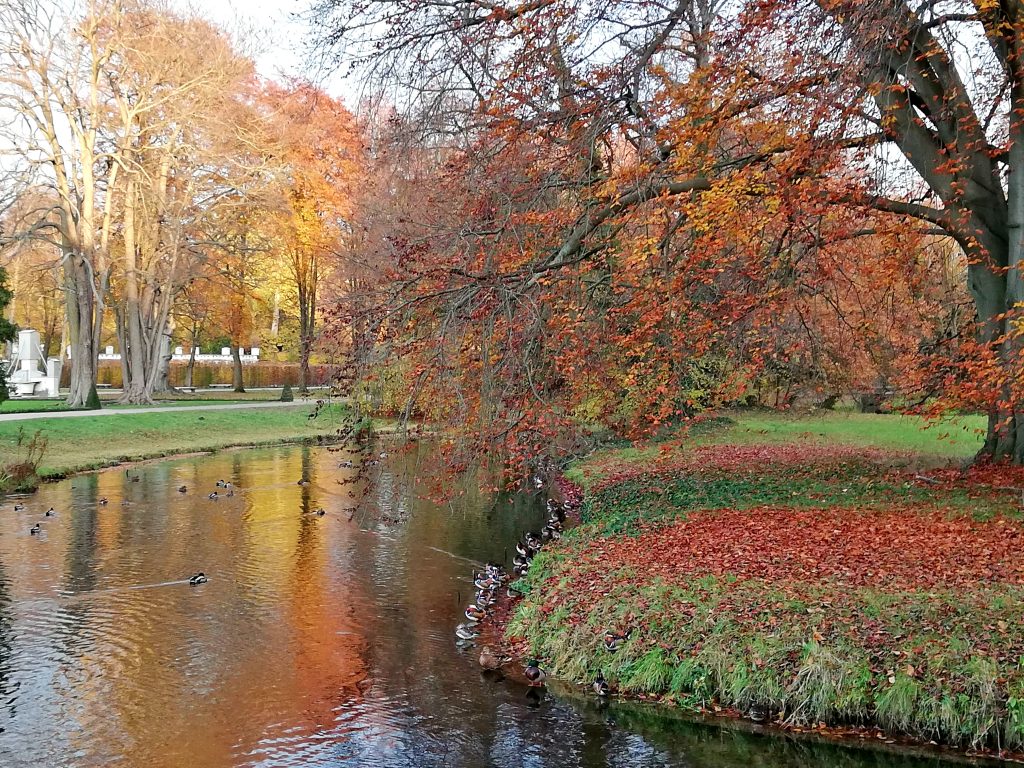 Sadly I didn’t have time to visit the Russian Village, as it was beginning to get dark after a walk round the park – which gives me a good excuse to make a return visit.

There’s no need to take a special coach tour to Potsdam – catch the S9 from Berlin (there’s one every 10 minutes), making sure that you have an ABC ticket, as it lies right on the edge of Berlin’s transport network.   If you buy a day pass, you can also use it on local buses – aren’t integrated transport systems wonderful?  The buses have a display showing what the next stop is, so they’re very user-friendly.

The city centre itself is compact, flat and very walkable.

There is quite a lot to see, so I’d recommend spending a full day here – I only had an afternoon and it felt a bit rushed.